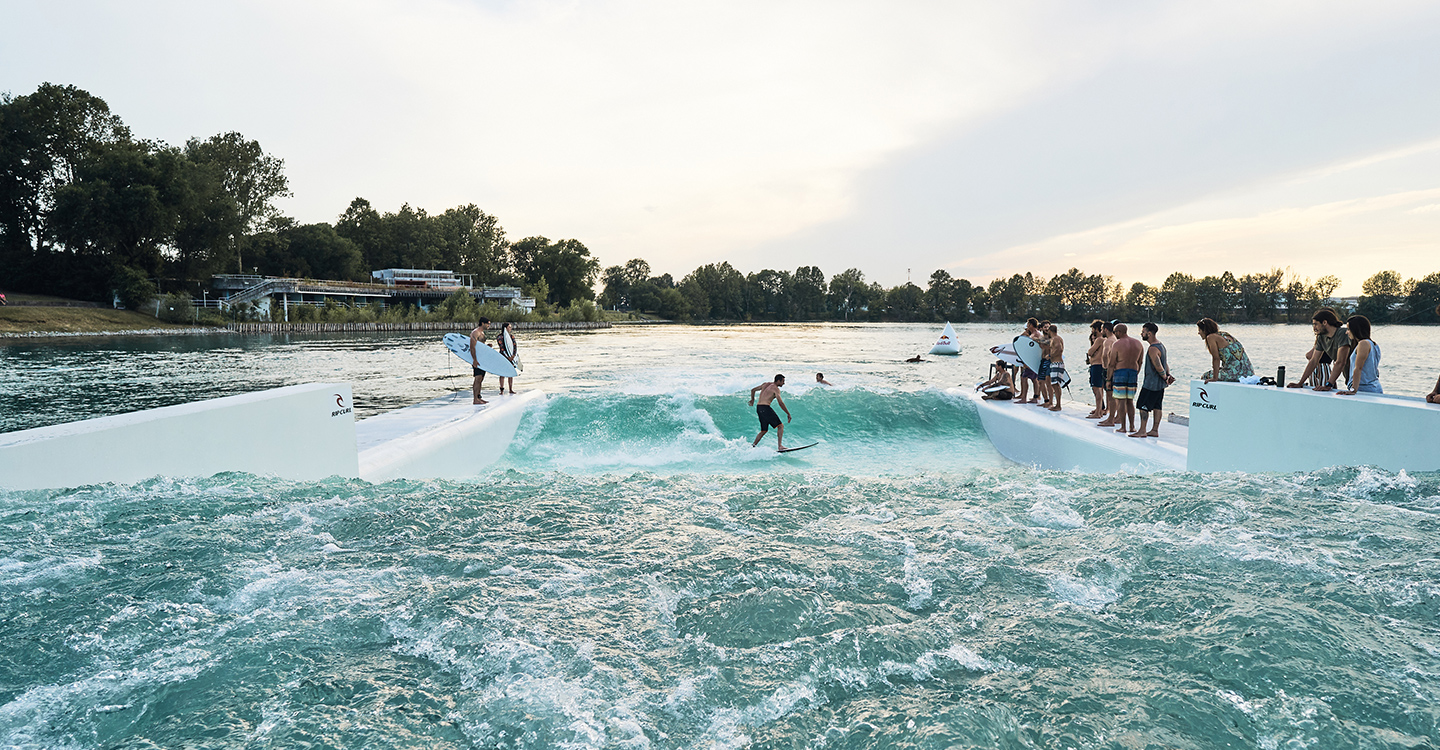 The Biggest and Most Powerful Artificial Stationary Wave

Home | The Biggest and Most Powerful Artificial Stationary Wave

The Biggest and Most Powerful Artificial Stationary Wave in the World

The wave pool revolution is in full swing and yet another competitor has tossed its hat in the ring.

The Unit Surf Pool, conceived by a German company of course, is the latest take on the stationary wave, calling it the biggest and most powerful artificial stationary wave for surfing.

While the science behind it seems to be slightly different, the ride looks awful similar to what’s on offer on various cruise ships and at numerous water parks around the world.

What makes the Unit truly different is that it floats, using a series of powerful impellers to suck water off the bottom and blast it down a ramp where, through the magic of fluid dynamics, it becomes something resembling a bigger deepwater river wave.

My boss, Sam Mcintosh, is a fan. “Imagine sunset afternoons shredding this in a river or lake?” Sam wrote this AM. “Gotta be better than the 10-day hyped Californian groundswell that landed pitifully this morning.”

I can imagine waking from a stupor in my sex grotto, scrubbing the scent of debauchery from my hands and face, then strolling down to my boat house, where I’d hit the switch on my Unit, before motoring my luxury pontoon boat out to where the standing wave sits, anchored in the center of my private lake.

“Rad cutback!” my hangers-on would squeal, well aware that it takes a constant stream of ego-stroking to keep my largesse flowing. “You should go pro,” they’d claim, sipping on sparkling wine and sipping on caviar laden toast points. “We’ve never seen anything like it!”

I’d bask in their empty praise, then lie awake each night tortured by the knowledge that their shallow approval is utterly meaningless. If only I hadn’t parlayed my cryptocurrency fortune into a worldwide emu ranching empire. Only then could I know with certainty that people truly cared for me.

The plebs would be able to play on them as well, though not within the sanctity of my property. The Unit’s claim of “Low Energy Usage” means the apparatus is within financial reach of any company that runs on standing water. The first of which is Wasserski Langenfeld, a cable driven German wakeboarding facility.

It should be mentioned that the term “Low Energy Usage” seems employed in the comparative sense. But even at my state’s insane rate of $.33 per kWh it would cost a mere $112.20 per hour to operate. Doubled and split among numerous customers it shouldn’t be too difficult to swing a profit.

Toss a bar alongside, selling overpriced booze and other concessions, and any savvy entrepreneur should be able to rake in the dough.